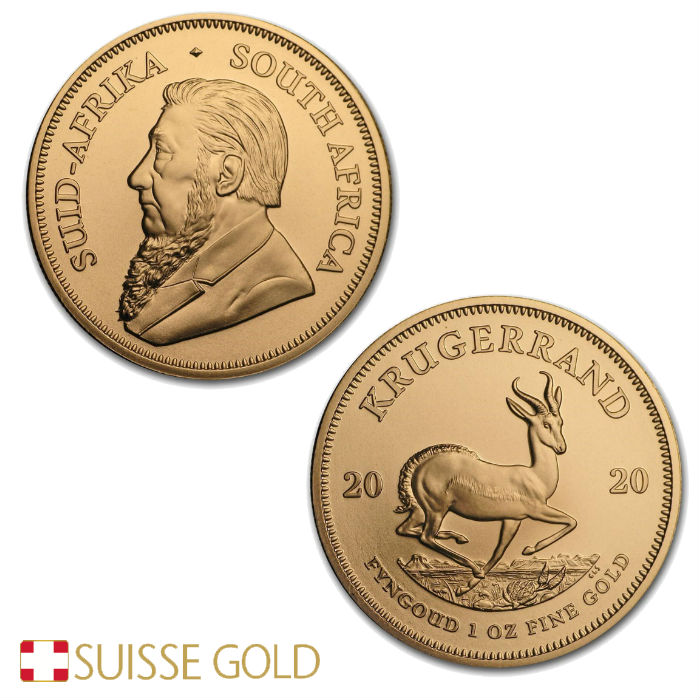 The Krugerrand coin series is released annualy by the Rand Refinery located in South Africa. The coin is currently the only gold coin series released by the mint. The first release of the Krugerrand was in 1967. South Africa is one of the world's largest sources of gold bullion, and the country was looking for new ways to monetize its precious metals. At the same time, an increased interest in gold and silver bullion for retail investment had developed worldwide. South Africa responded to this demand with the release of the Krugerrand gold coin. The coin was the first of its kind (other than the British Sovereign) to be made available to the public who wished to buy physical gold.

The coin quickly grew in popularity. By the late 1970's, the coin reached sales of 3,000,000 coins annually. This is to date the largest volume of any gold coin sold annually, and has never been matched. In the early 1980s, Apartheid restricted the Krugerrand market for South Africa, and the release of the gold Maple Leaf and Eagle coins further decreased the volumes of Krugerrands sold. Nevertheless, South Africa continued to manufacture the Krugerrand annually, and it remains hugely popular, and one of the most demanded and renowned gold bullion coins available.

Design of the Krugerrand

The Krugerrand features an image of Paul Kruger, a famous South African politician of the 1800's. The outside of the coin features the words 'Sud-Afrika' and 'South Africa', written in both Afrikaans and in English.

The reverse of the coin features an image of a Springbok Antelope, native to South Africa, and one of the country's most widely known animals. The word 'Krugerrand' is written at the top of the coin, with its year of minting, 2020, to either side of the Antelope's image. At the bottom of the coin is the coin's size and metal type.

Krugerrand coins are known for their slightly copperish colouring. This is due ot the fact that some copper is mixed in with the gold to make the coins more durable and less likely to scratch or dent (pure gold is very soft).  Most other investment grade gold coins use silver instead of copper for this.

One unique feature of the Krugerrand is that it does not have a face value. Rather, the coin's value is based on the gold price. However, the coin is still backed by the government of South Africa.

Krugerrands are available in 1 Ounce ,1/2 Ounce, 1/4 Ounce and 1/10 Ounce sizes in gold. They are also available in silver and in platinum.

Price includes free storage in our vault for up to one year from purchase date.