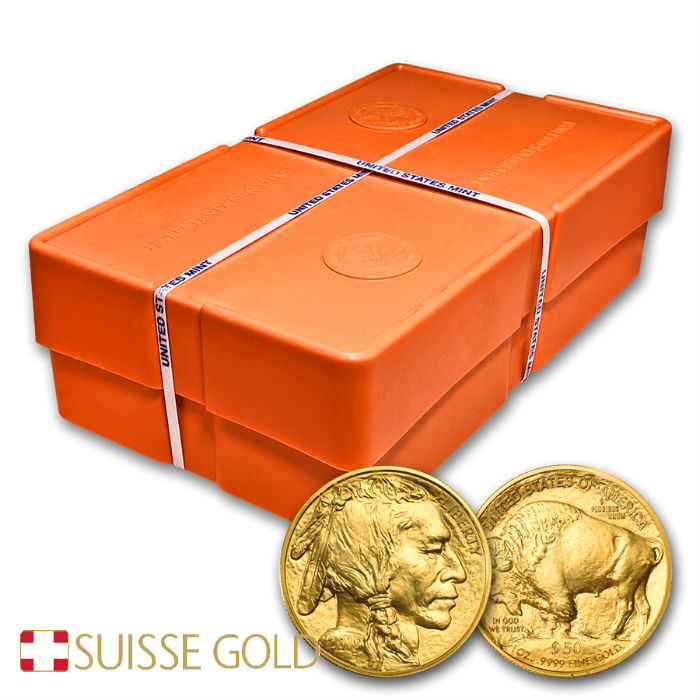 Investing in Gold Coins
Starting in the late 1970's retail investing in gold bullion bars and coins became hugely popular, in part as a reaction to exceptionally high inflation rates across many countries in Europe and the United States. Investing began with the gold Krugerrand, which was issued by the Rand Refinery, and as many as 3,000,000 coins were sold annually. HOwever, towards the beginning of the 1980's, popularity in the Krugerrand diminished, particularly as a result of apartheid, and interest in other gold coins increased. This was particularly true for the gold Maple Leaf, issued first in 1980, and the American gold Eagle, issued in 1986.
Today, many bullion investors chose to buy gold coins as a way to hedge against political and economic uncertainty as well as inflation. The Monster Box of gold Buffalo coins is a great option for investors looking to place larger amounts of money into gold bullion. SuisseGold.ch offers allocated precious metals storage in Zurich, Switzerland, for clients who do not wish to take delivery of their coins, and offers a buyback service at favorable rates for clients with goods held in storage.