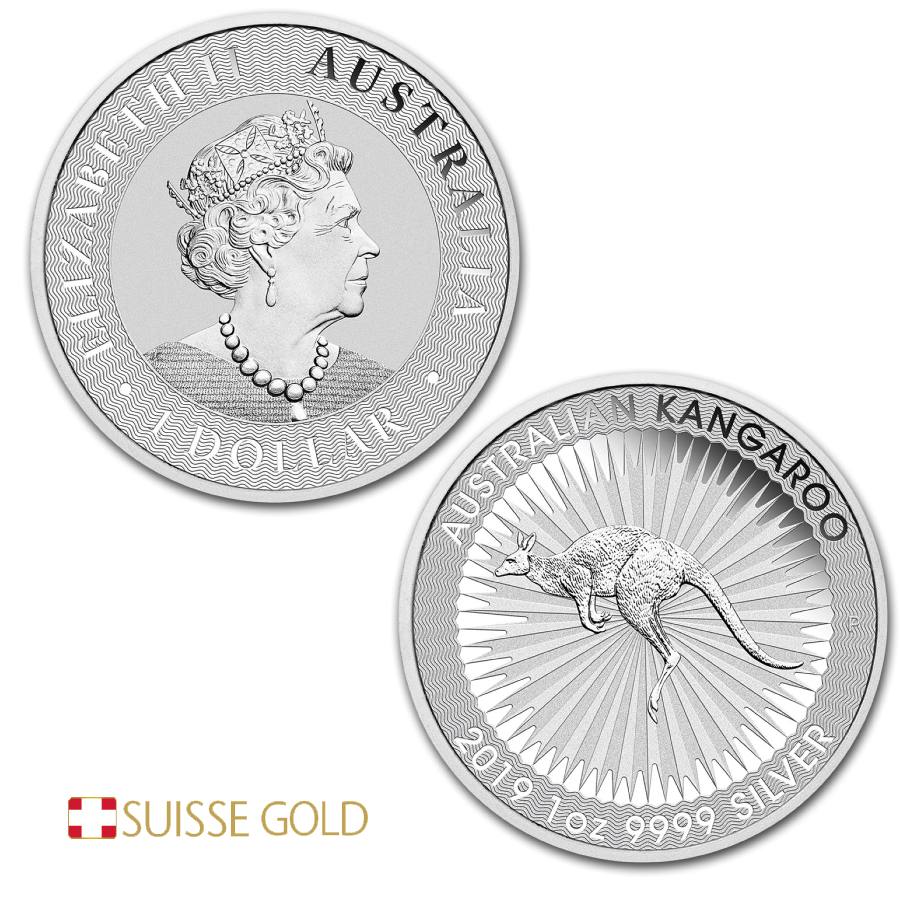 They also produce the Perth Mint Lunar Series of gold and silver coins, which feature a different animal from the Chinese calendar each year. These coins are hugely popular with gold and silver coin collectors, as their value can appreciate over the gold or silver spot price.

The front of the silver Kangaroo features an image of Queen Elizabeth II with the coin's face value of 1 AUD at the bottom.