What Happens to Gold and Silver During Recessions?

One of the most talked about issues when a recession appears on the horizon is what the price of gold does.

Why?  Because the price of gold provides insight into what investors think will happen to demand (driven by the economy) and inflation (driven by pricing pressure).

With this background in mind, what have the prices of gold and silver done during the past two global recessions?  Here is a look. 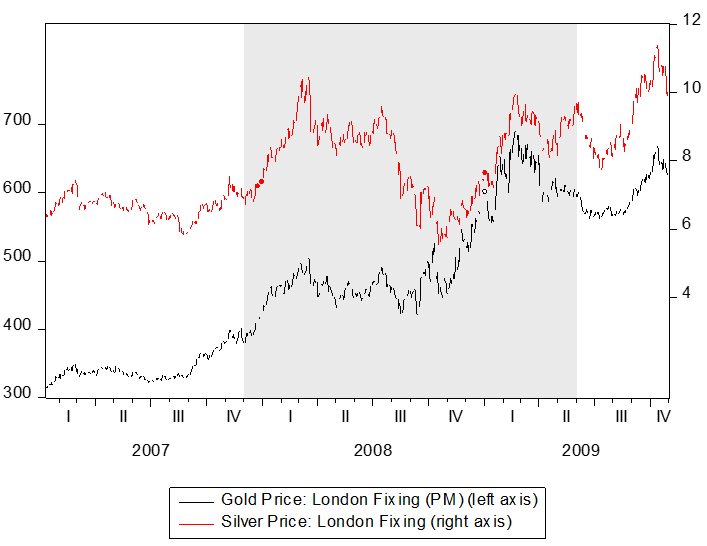 After shooting up sharply, the price of gold gave up some ground at the end of the recession.

Interestingly, the price of silver was not as shifty.  When the global financial meltdown officially became a recession, the price of gold shot up, peaking at around 10.40/oz. in March 2008.  The world’s second most well-known precious metal than gave up ground and drifted lower over the next six months before bottoming at 5.50/oz. in October 2008.  Silver then began to appreciate again until February 19, 2009 at 9.90/oz., after which the metal fluctuated relatively closely around this value.

The experience of the two metals’ prices suggests perhaps one thing – have patience with your ownership.  The prices will fluctuate, but overall provide protection against fiat currencies and inflation, among other things.

Interestingly, the silver price movements were quite uneventful.  Apart from one trading day, the price of silver fluctuated around 3.0/oz. for most of the 2001 recession.

Gold then gave up some of its gains before the recession ended.

What is the lesson here?

Perhaps the one self-evident lesson is that gold and silver are good investments for recessions.  When global stocks were plummeting, the prices of gold and silver did well, comparatively speaking.

These two precious metals are virtuous options when diversifying one’s portfolio in preparation for a potential recession. 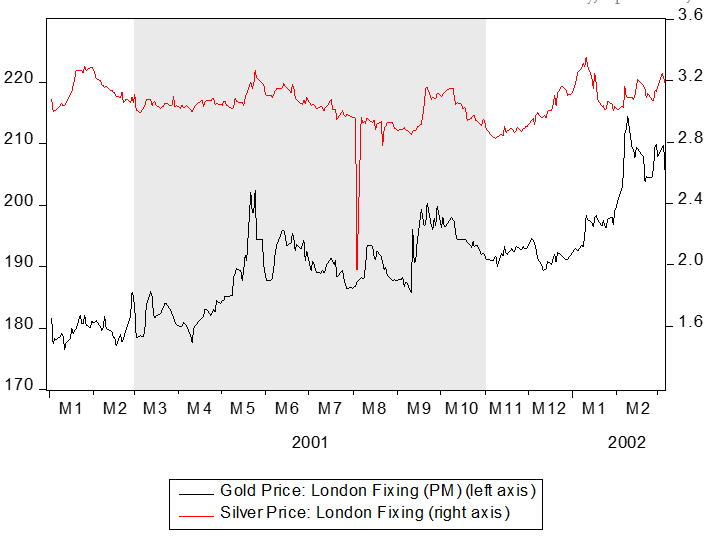