What Does 2020 Have in Store for Bitcoin?

The topic here is simple – What does 2020 have in store for Bitcoin?

The question is prescient because 2019 has been an amazing year for Bitcoin holders.  The cryptocurrency began the year at around $3,800 per Bitcoin.  Although Bitcoin is going through a rough patch right now, for the year-to-date, the price of Bitcoin is up 110 percent.  When compared to the stock market, or most any other financial asset across the world, Bitcoin’s 110 percent return is one of the best for an asset so far in 2019.

The question, though, is 2020.  What does that have in store for Bitcoin?

In thinking about factors that could push the price of Bitcoin higher in the coming year, one driver could very well be central banks.  How so? 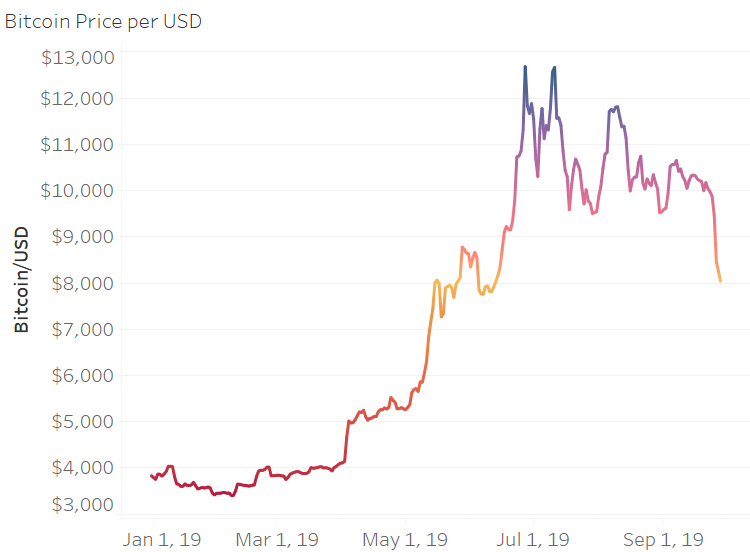 Central Banking in 2020
How could central banks boost the price of Bitcoin in 2020?  The answer is simple – by printing more money.

They purchased government bonds, and some even purchased corporate bonds.  Central banks were all in on combating a potential global depression by printing massive amounts of money.

The massive money printing operations made many nervous.  Smart investors began looking for alternative assets to fiat currencies.  One of the main landing points in their search – Bitcoin.

What does this history have to do with how Bitcoin will do in 2020?

Simple.  In 2020, central banks will likely be printing a lot more money.

The following are two charts created by Econometric Studios which show the rise in central bank balance sheets (financed by massive money printing) and the anticipated new balance sheet expansions in 2020.

Interestingly, in 2019 so far, central banks actually decreased their balance sheets, thanks largely to the €300 billion drop from the U.S. Federal Reserve.

That will change in 2020.  The European Central Bank, the Bank of Japan, and the U.S. Federal Reserve have announced plans to begin expanding their balance sheets again, financed by making up money out of nowhere.

How much does Econometric Studios expect to be printed in 2020?  At least €800 billion across all central banks, and perhaps approaching €1 trillion in new money.

Bitcoin holders could very well be big winners from this. 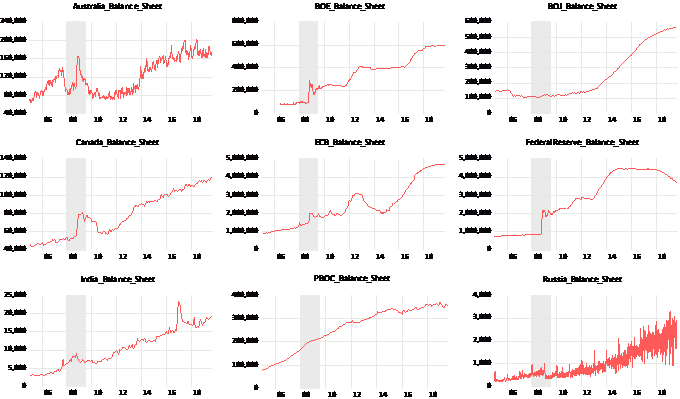 Conclusion
Although 2019 has been an amazing year for the price of Bitcoin, the coming 2020 year could be even better.  Central banks will be back to printing enormous amounts of money, and a worthy alternative to holding fiat currency is the world’s most well-known cryptocurrency – Bitcoin.  The 2020 year could turn out to be a banner year for Bitcoin.