The Price of Gold in Oil

Typically, assets are measured in a fiat currency, such as the price of a home in euros or dollars.  The world’s most popular precious metal – gold – is no different.  As of writing, gold was trading at $1,388 per troy ounce or €1,229 per troy ounce.  These prices are measured in dollars or euros.  Measuring assets in fiat currencies is fine but is in no way the only way investors should view potential investment decisions.  It is important to look at assets, such as gold, relative to other assets.  A look at gold measured relative to the value of oil follows.  The view is fascinating.

In the late 1960s, gold became more valuable, but not by much.  Then some real volatility crept in in the 1970s.  For the first half of the 1970s, gold boomed relative to oil.  That swiftly changed in the latter half of the 1970s, peaking at around 4.2 grams of gold per barrel of oil.

In the 1980s, the trend was generally in gold’s favor.  Gold increased in value over the decade, reaching a high of just over 1.0 grams of gold per barrel of oil in the late 1980s.
The 1990s saw some whipsawing of the two prices.  Then, in 2000, oil began to increase rapidly.  This peaked in 2009, with the ratio of grams of gold per barrel of West Texas Intermediate crude oil reaching a feverish 4.7.  The 4.7 is the highest it has ever been. 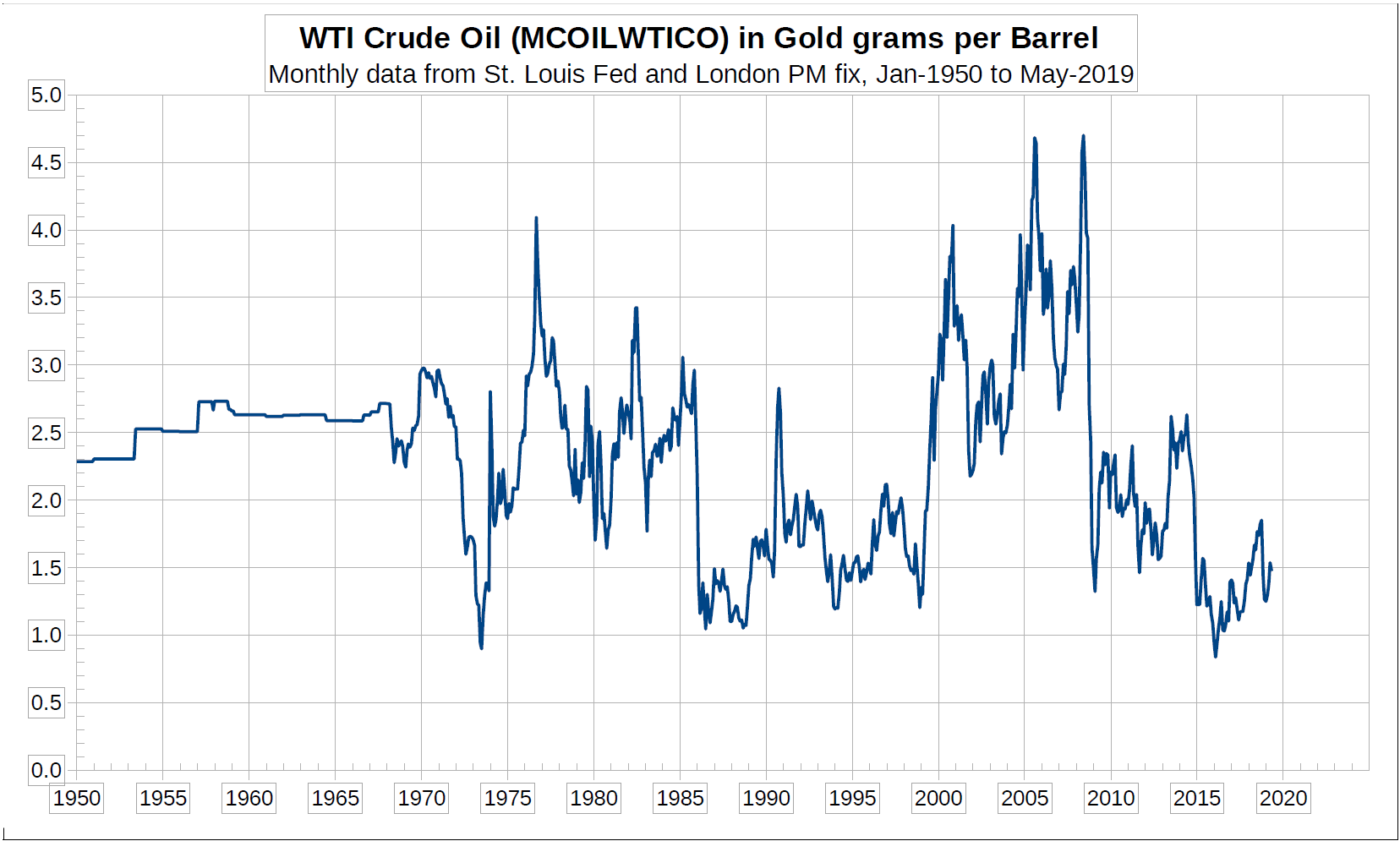 Conclusion
Gold is typically measured in troy ounces of gold per US dollar or euros.  An alternative way of looking at gold is to compare the value of gold against another asset, in this case a barrel of West Texas Intermediate crude oil.  This view shows some wide variation across the years.  The most recent figure had the value of gold up 28 percent over the past 70 years relative to the value of oil.  Undoubtedly, gold has been a healthy investment this century.  The evidence so far suggests another good century ahead for owners of gold.