Recently, three well-known economics professors (two of which work at the Kiel Institute for the World Economy) released a fascinating look at sovereign defaults.  The paper, title “Sovereign Bonds Since Waterloo” goes through 200 years of sovereign country defaults, in the process gathering a monthly database of 220,00 prices of foreign-currency government bonds traded in London and New York between 1815 and 2016.  The number of countries covered by the data set sums to 91.

Interestingly, the authors find that real returns of sovereign bonds were 7% over the 200-year period. This stood even after considering things that cause sovereign defaults, such as global crises, wars, or bad economic times.

Additionally, the authors found that the median haircut for holders of countries’ defaulting bonds was usually below 50%. Perhaps most interesting in this finding was their accounting for restructuring, since most defaults are not complete defaults, but rather a renegotiation of the debt.

The question here is simple.  The world is awash in debt.  At $244 trillion and growing, potentially reaching $300 trillion by the end of 2020 - Are we prepared for some serious sovereign debt defaults?

The authors of the study, Meyer, Reinhard, and Trebesch (2019), publish the following view of sovereign debt defaults over the past 200 years.  The early years of the data show few defaults.  At the end of the 1800s, debt defaults increased somewhat due to tight global economic conditions.

Defaults were also slow through around the first 40 years of the 1900s.  This changed with the onset and subsequent aftermath of World War II, which saw defaults spike.

Since the start of the 21st Century, we haven’t really seen a large, full-scale sovereign debt crisis. We are owed one. 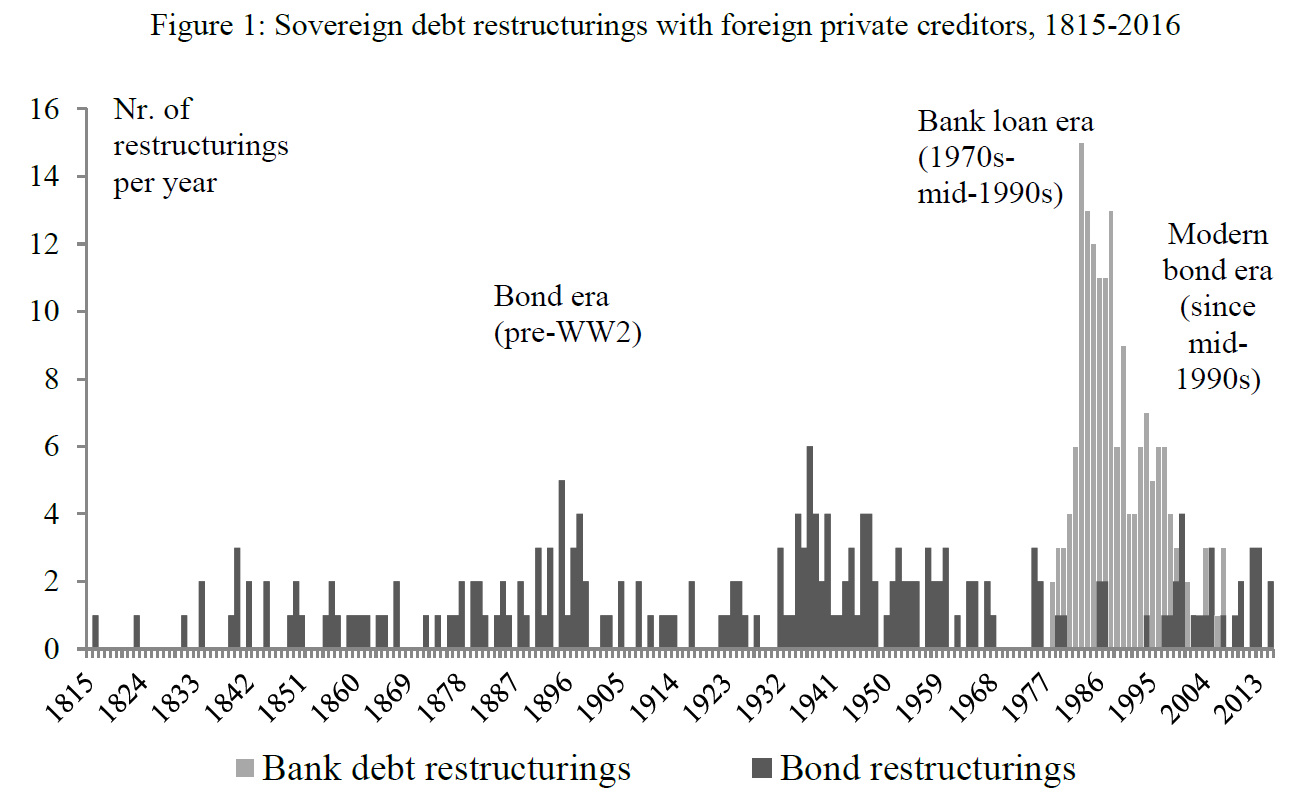 A Second Data Source - The Bank of Canada
The Meyer, Reinhart, and Trebesch study suggests a second source is needed for confirmation.  The following figure has a look at sovereign defaults based upon data compiled by the Bank of Canada.

As shown, defaults are down significantly in recent years.  Defaults peaked in 2013 at about $500 billion and have since bottomed at $36 billion.
The $36 billion figure is something the global economy hasn’t seen since 1981.

A String of Defaults, Really?
Is the global economy really due for a string of defaults? Central banks have done such a great job avoiding a recession – albeit at the expense of savers and prudent risk management.  The answer to the posed question is, of course, probably. 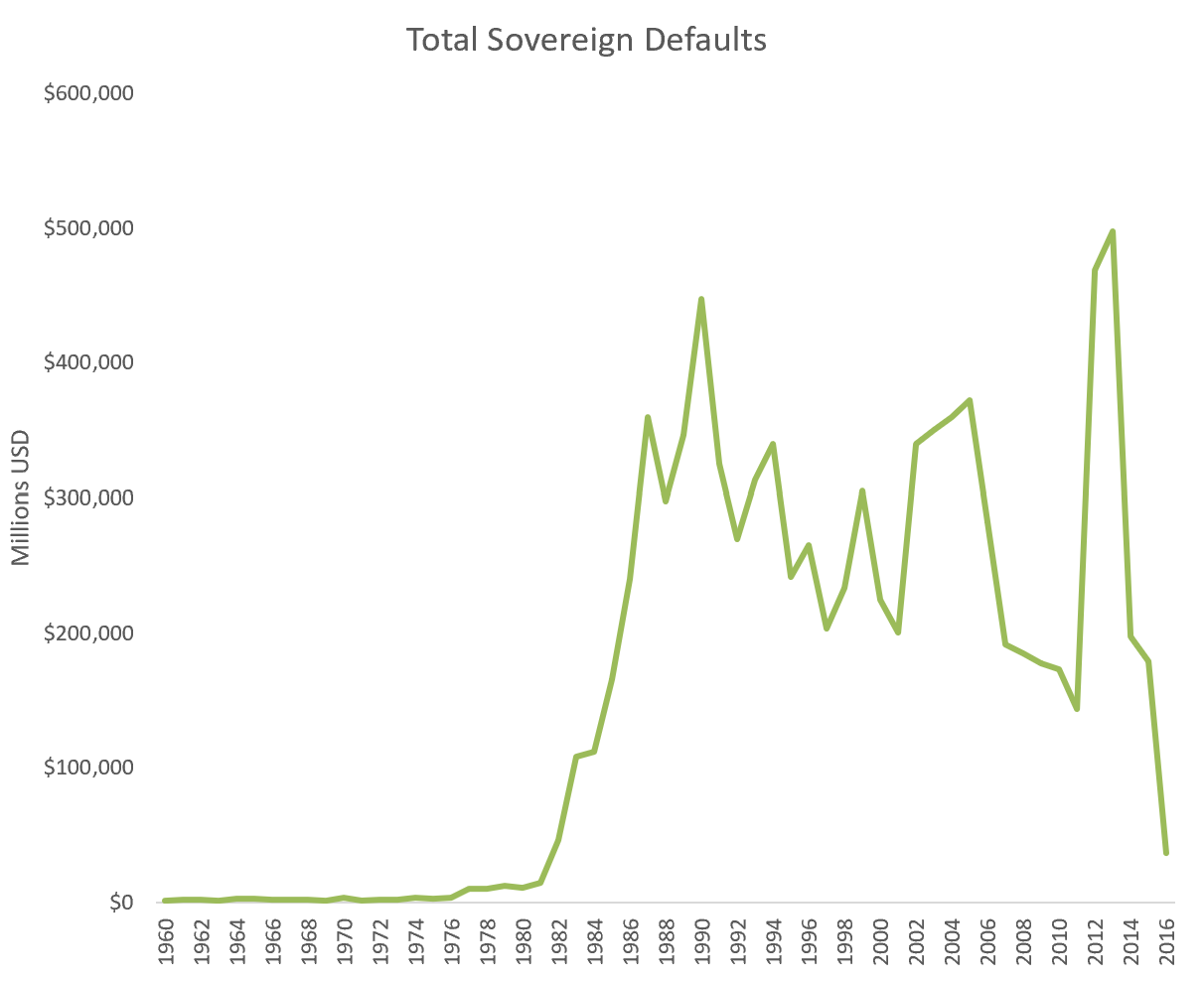 Conclusion
The global economy is just coming out of a rough patch in what may one day become known as the Great Expansion.