Germany's Entirely Negative Yield Curve Should Be Good for Gold

Bond markets are in territory the world has never seen before.  At least a quarter of all investment grade debt is trading at a negative yield.  And, for the first time ever, the entire German yield curve is negative.  In the case of Germany, that means that not only are short-term bonds trading in “minus” territory, but long-term yields are giving investors negative returns as well.

What does this mean for investors generally and for gold in particular?  A look follows.

Negative Yielding Investment Grade Debt
First, a look at the universe of investment grade debt.  What follows is the percentage of all investment grade debt that is trading at a negative yield.  The rise is almost unbelievable.  In money terms, what this means is that investors are willing to lose money – if held to maturity – versus hold other assets that may have more risk. 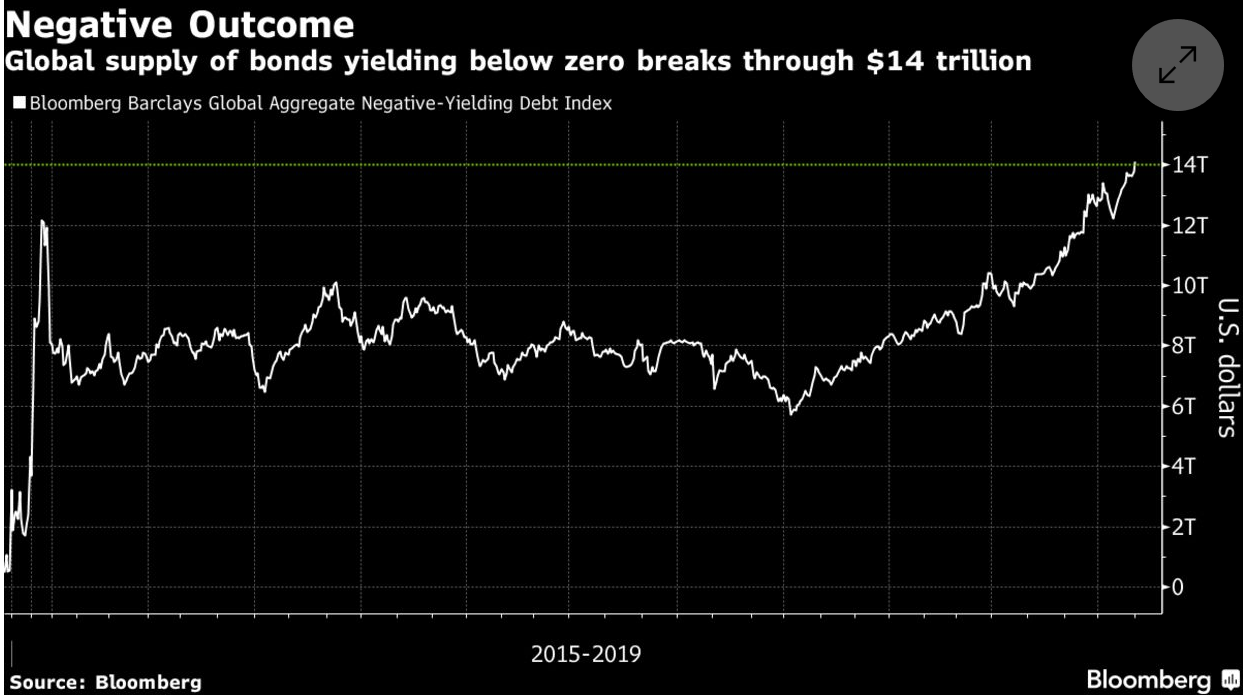 Shifting to the German picture, the following is the estimated yield curve for German government bonds.  Amazingly, for the first time ever, the entire yield curve is negative.  A few factors may be behind this, including a constrained supply of high-quality German bonds and a concern about the European economy.

The Gold Connection
What does the implausible shift to low to negative yields imply for the price of gold?  Well, it indicates that investors are worried about several things, perhaps chief among them the global economy and how central banks will respond to the situation they are facing.  This may be the most positive storyline for gold in a number of years.  Inflation is low and central bankers are going to try to pump that up.  This view, undoubtedly, is positive for the price of gold in that gold is the inflation hedge of choice for most of the world’s investors.  The upside for gold is much stronger than the downside.

Conclusion
The percentage of investment grade debt that is giving investors a negative yield has exploded in recent years.  For the first time ever, the entire German yield curve is negative.  Investors are spooked, central banks are contemplating what they should do next, formal inflation measures are floating below stated targets, and investors are on a voracious search for a reasonable return.  All this has led to the unbelievable events in the bond markets.  For gold investors, the picture is visually positive.  The prospect of continued central bank tinkering and current low inflation suggest a strong upside for the world’s most well-known precious metal.