Europeans have Faith in the Future of Cryptocurrencies

The first question asked respondents whether they thought cryptocurrencies would exist in 2029.

The second question asked respondents whether they thought Bitcoin would be around in 2029.

Given that big governments and many wealthy individuals, such as billionaire investor Warren Buffet, despise Bitcoin and other cryptocurrencies, the results may be surprising.

Before looking at the responses two the two Google Survey questions, take a guess at which European country might be the most optimistic on cryptocurrency and which might be less enthusiastic about decentralized cryptocurrencies.

The second most optimistic country is Italy at 68 percent.  The other three members of the top five include the Netherlands at 67 percent, Poland at 67 percent, and Spain at 66 percent.

On the other end of the spectrum, the least optimistic citizens (of the top 10) are France at 55 percent, the United Kingdom at 57 percent, and Belgium at 59 percent.

For Europe as a whole, almost two thirds (63 percent) of respondents saw a bright future for cryptocurrencies in a decade from now. 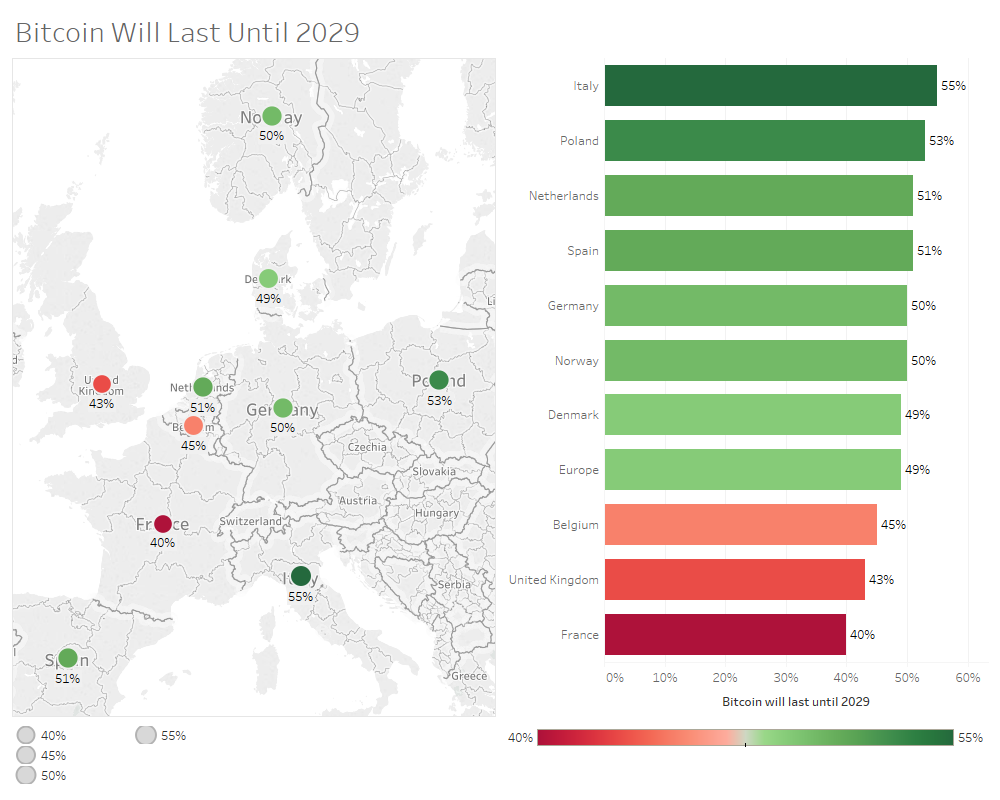 #2: Will Bitcoin Be in Existence in 2029?
The second question dealt specifically with Bitcoin, the pioneering cryptocurrency.  The most optimistic country for Bitcoin is Italy.  More than half of respondents from Italy – 55 percent – thought Bitcoin will still be a useful means of exchange in a decade from now.

The least optimistic citizens (of the top 10) were France at just 40 percent, United Kingdom at 43 percent, and Belgium at 45 percent.

Europeans were split down the middle.  About half (49 percent) thought Bitcoin would still be used in a decade from now, while the other half were less positive on Bitcoin’s outlook. 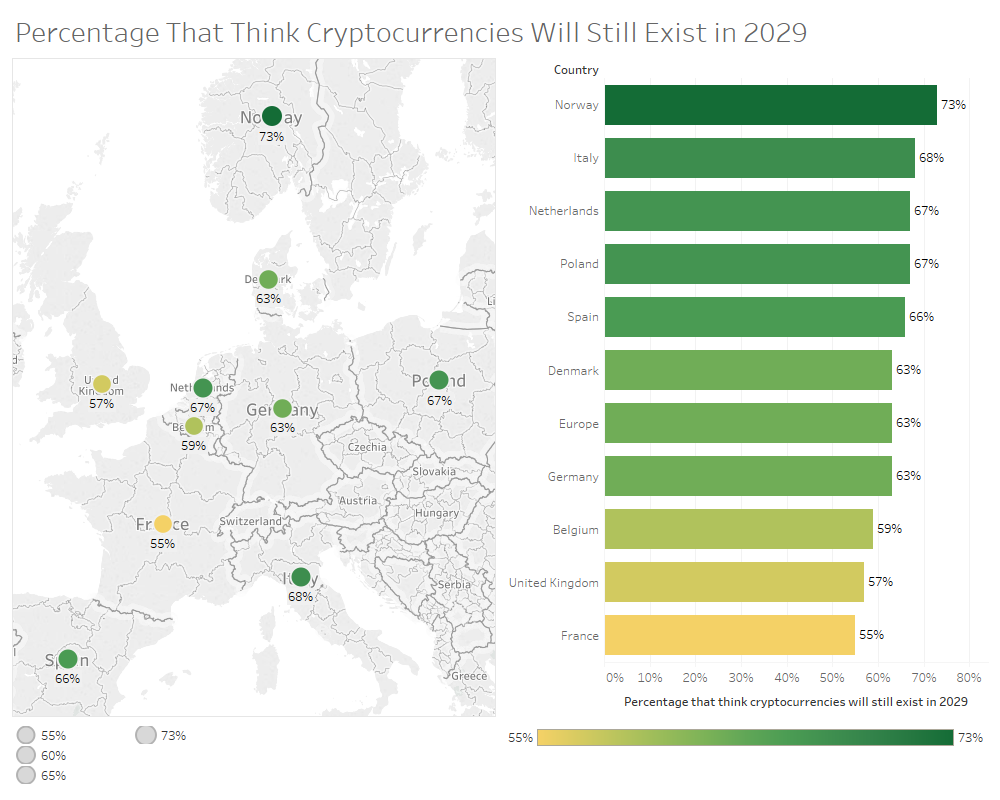