The benign inflation measures suggest that we may be at a calm before the storm period.

Are investors complacent about the potential inflation risks on the horizon?

Inflation Around the World

Inflation in the U.S.
Let’s take a look at inflation around the world, starting with the United States.  The most recent measure of inflation came in at 1.9% year-over-year.  That’s about as benign of an inflation figure as it can get.  If we were to classify the inflation experience since 1992 into color-coded groups, the recent 1.9% data point suggests we’re in the orange group, about equal to the average we’ve seen over the past 25 years.

It’s hard to argue that today’s inflation rate in the U.S. is anything but benign. 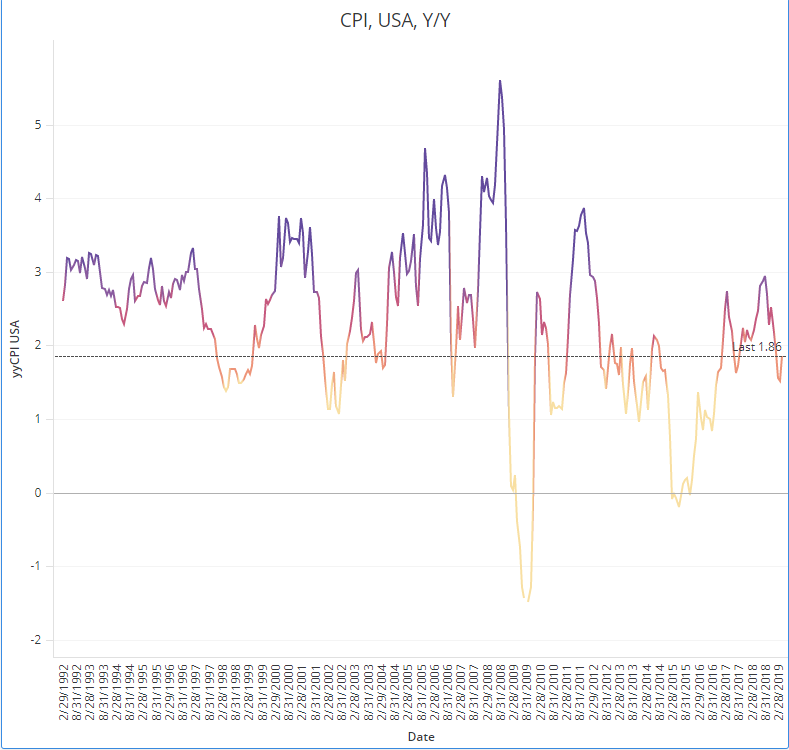 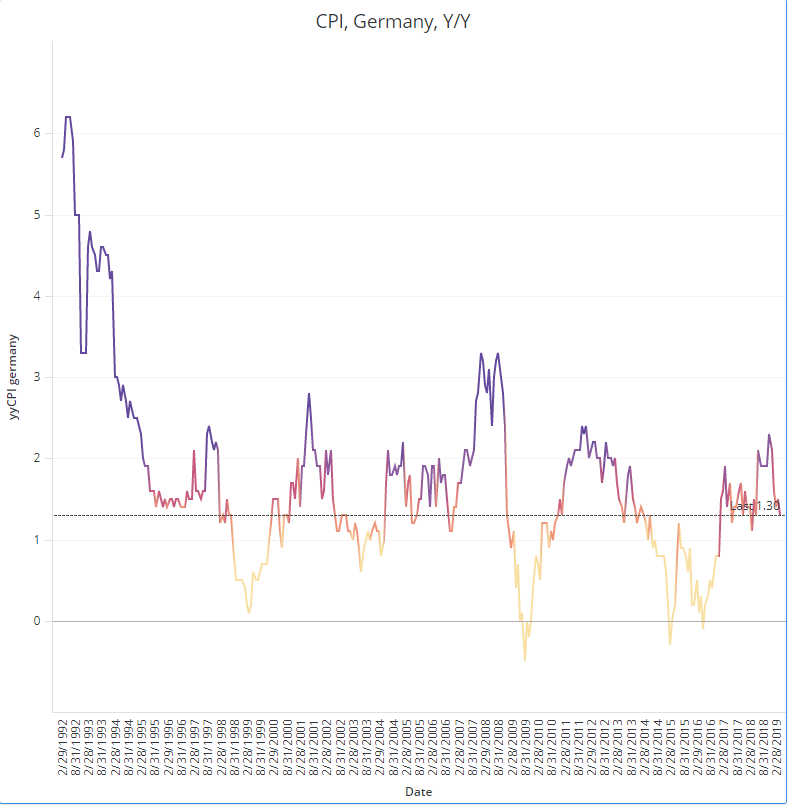 Inflation in the U.K.
Moving over to the Brexiting U.K., inflation is at 1.8% and trending lower.

The U.K. inflation picture prods the same question as does the picture out of the U.S. and Germany – Are we being too complacent about potential inflation rushes? 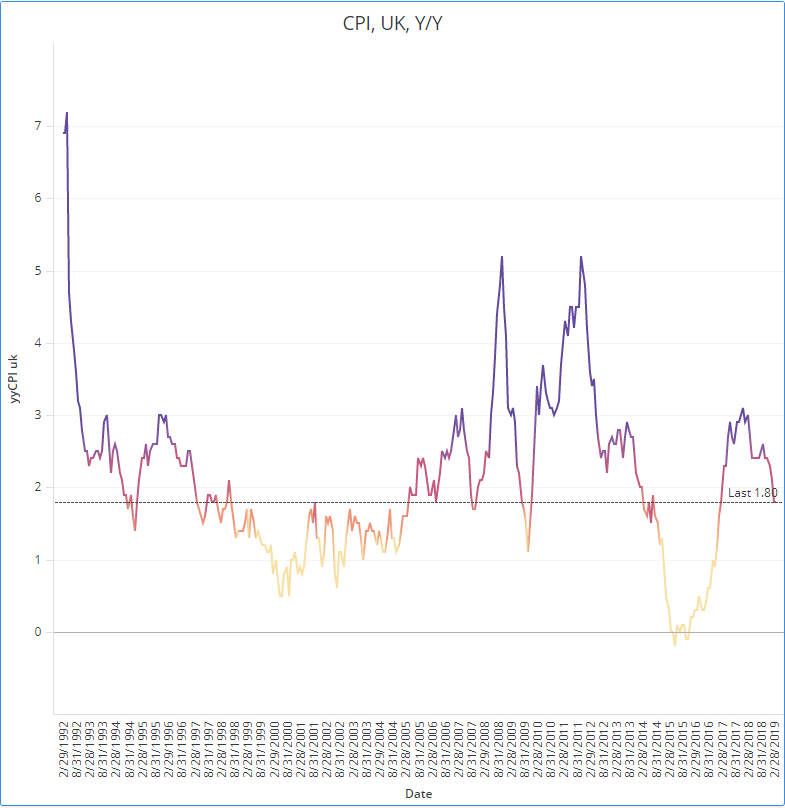 Inflation in the Broader Euro Area
Germany and the U.K. provide a fairly good view of the inflation picture in the broader Euro area.  Euro area inflation is at 1.29%. Benign by almost any interpretation. 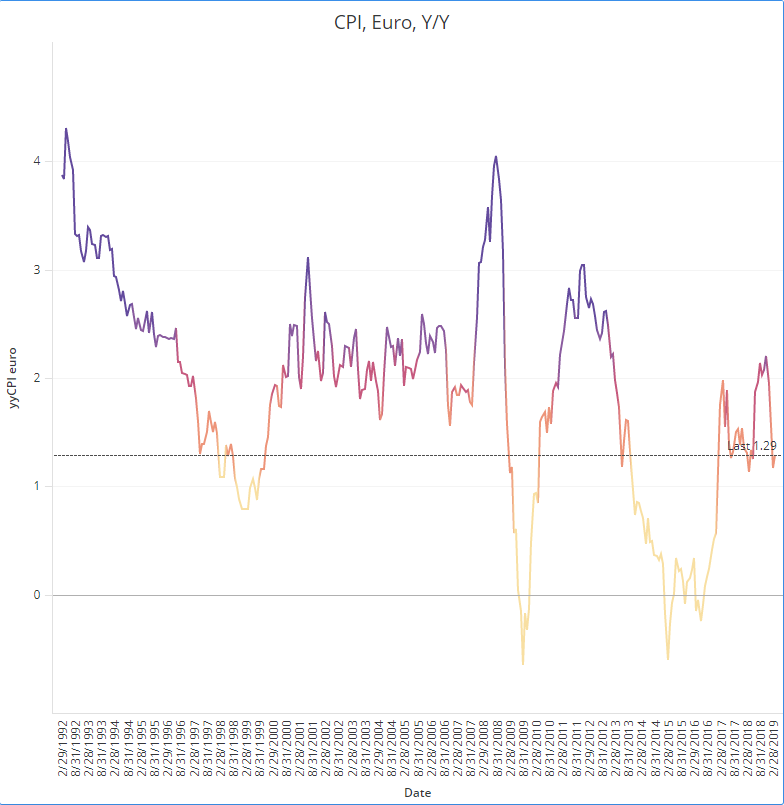 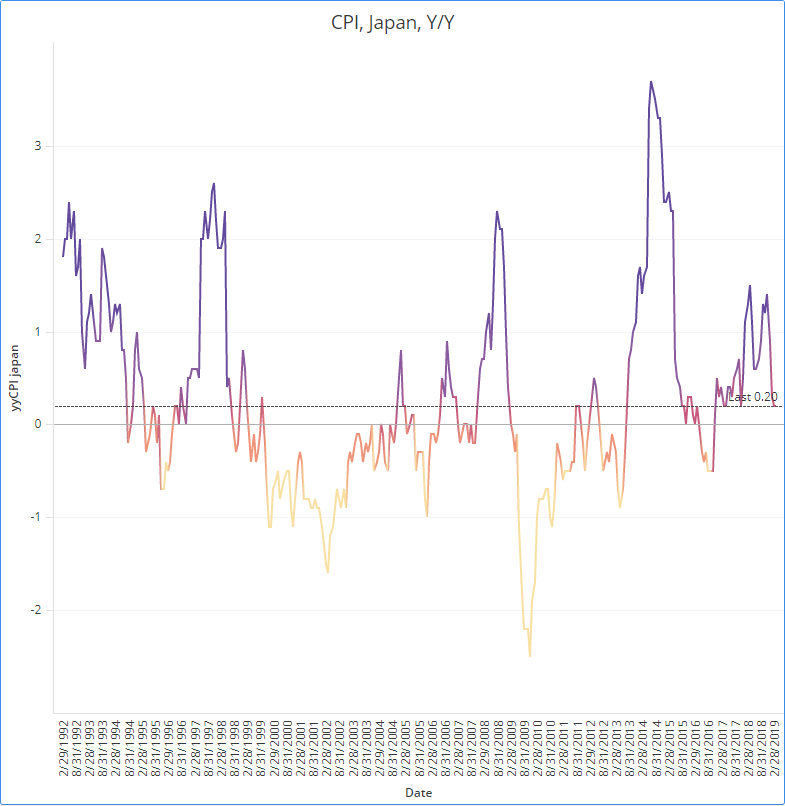 Are We Being Too Complacent About Inflation Risks?
Inflation in the U.S., the U.K., Germany, the broader Euro area, and Japan suggest that perhaps there’s not enough concern about a rush of inflation.

With inflation readings so benign, it’s hard to see global inflation heading much lower.  The risk on the inflation front is certainly on the upward side.

All the global economy needs is a little bit of a boom to juice up the inflation pressure, and perhaps that’s what we’ll get in 2021.