If you look around the world, you will find a host of issue that could have far-reaching impacts on the future of the global economy.  In the UK, the top issue is Brexit.  The final outcome of the UK experience could have a far-reaching impact on other independence movements not only in the European Union (EU), but all over the world.  In the U.S, the battle between U.S. president Donald Trump and Speaker of the House Nancy Pelosi over funding for a secure border could cause ripple effects across the globe.  The ripple effects take form not only with the global economy, but on immigration views.  In Asia, Chinese economy is king.  The key issue in China is whether economic growth can continue at 6.5% in 2019 and what the 2020 and further-out years might look like.  Are we seeing the end of China as the darling of economic growth?

These 3 issues are, of course, only the tip of the iceberg when it comes to issues that could impact the global economy. 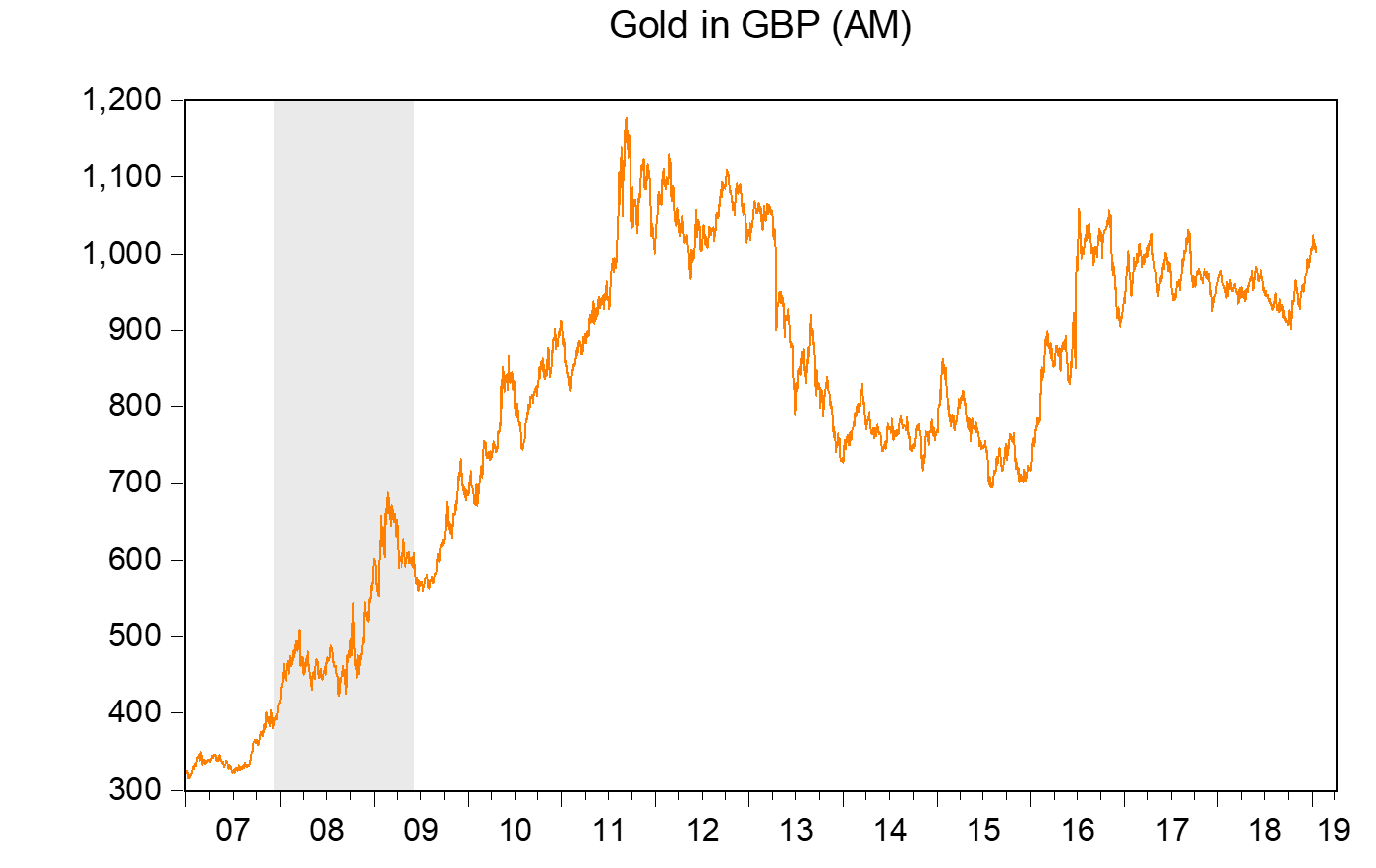 Other countries with a stronger interest in gold include Nigeria, Russia, the United Arab Emirates, Australia, the United States, Malaysia, Brazil, Mexico, and others.

What about countries with a stronger interest in Brexit compared to gold?  Are there any?

Without looking, take your guess.

There are definitely countries that care more about Brexit than gold.  These countries show up on the bottom of the following bar chart.

Who else shows up on the list of countries with more interest in Brexit than in gold?

The other top 5 countries for Brexit interest include the United Kingdom, the Netherlands, Spain, and France.

How many countries would you guess have more interest, or at least equal interest, in Brexit compared to gold?  In the past week, the Google Trends data suggests 10 countries with more interest in Brexit than in gold.  The top 5 are already mentioned.  The remaining 5 members are Belgium, Portugal, Italy, Germany, and Switzerland.

Are you surprised by these?  Probably not given that members of the EU should have an intense interest in how Brexit plays out.

In conclusion, the world is interested in gold and Brexit and that interest is quite diversified.  EU member countries typically have more interest in Brexit than in gold, while countries further distanced from the effects of Brexit generally show more interest in gold than in Brexit. 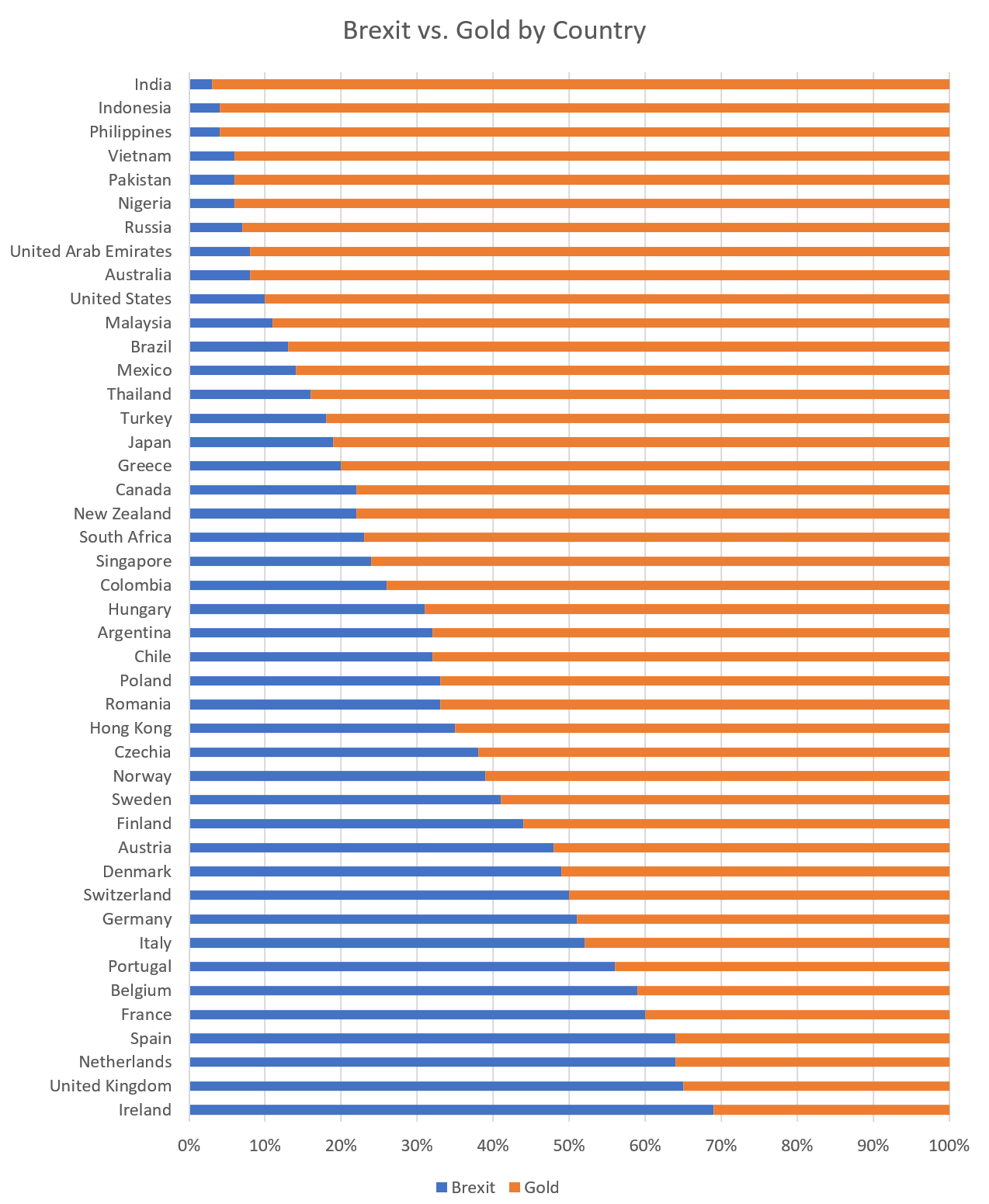