Argor SA was initially formed in Switzerland, in the southern town of Chiasso. The company was formed as a precious metals refinery, and quickly grew to a prominent size. In 1973, the company was acquired by UBS, one of Switzerland's most prominent banks. At that time, UBS was involved in the retail precious metals market, a market with started to grow significantly in the early 1970s. Argor-Heraeus became the manufacturer of UBS precious metals products, including gold, silver, platinum and palladium bars for its investors.

In the mid-1980s, Argor SA merged with German refinery Heraeus, and today's company, Argor-Heraeus was formed. Once Argor and Heraeus merged, the company began to open offices worldwide. In early 2002, Argor-Heraeus also partnered with the Austrian Mint, and became a producer of Austrian Mint gold bullion bars.

One technology unique to Argor-Heraeus is the Kinebar technology. The Kinebar is a gold bullion bar that has a hologram inscribed with a laser on the back of the bar. Argor Heraeus make their own line of gold kinebars. The refinery also uses this technology to manufacture kinebars for UBS, for the Austrian Mint and for Raiffeisen bank. 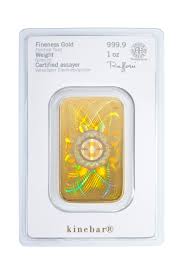 The kinebar technology is so unique because it is virtually impossible to replicate. This technology helps investors to guarantee the authenticity of the bar that they are purchasing.

Generally, Kinebars are only available in smaller sizes, up to 100 grams. The Kinebar is currently only availabe on gold bullion bars.

Argor-Heraeus manufacture their own range of investment grade precious metals bars for retail buyers. These include bars in gold, silver, platinum and palladium. Argor-Heraeus bars are readily available in sizes ranging from 1 gram to 1 kilogram, and all bars also come in 1 Ounce size also. 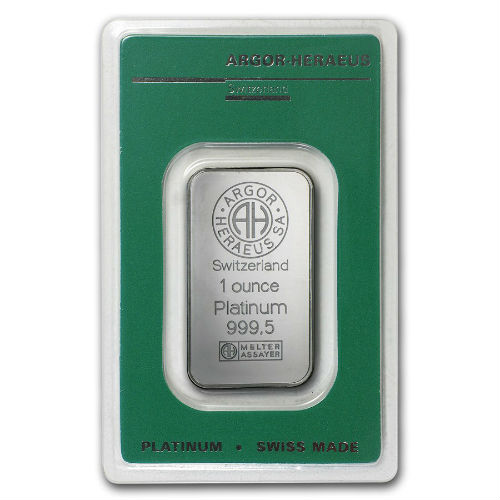 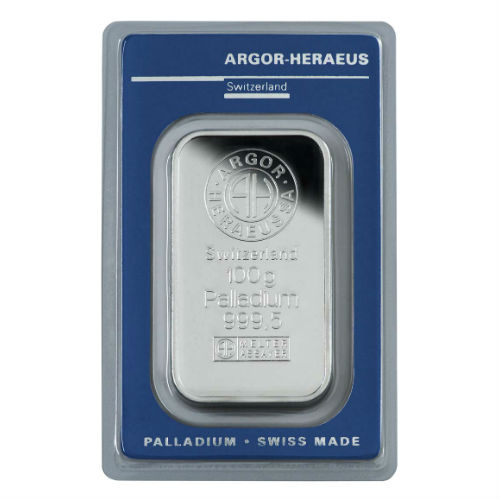 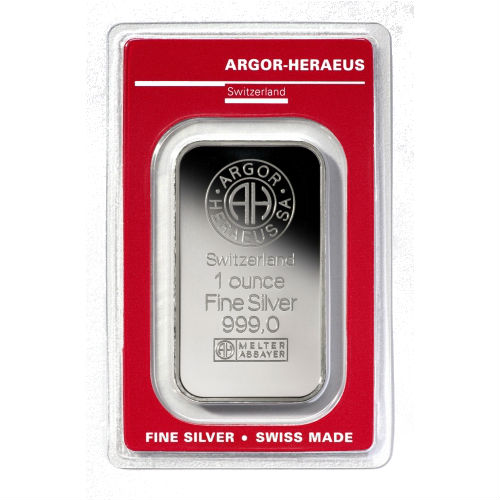 Argor-Heraeus bars up to 100 grams come sealed in their own certicard. This certicard helps to prevent damage to the bar. Larger bars are sold sealed in plastic. The above images contain minted bars, but Argor Heraeus also retail a range of cast bullion bars for investors, which sell at a slightly lower premium to the minted bars.

Investors looking to buy precious metals bars should consider Argor Heraeus. The brand is well known worldwide, and is particularly popular in Europe. These bars sell at a relatively low margin, and are manufactured to a very high standard. 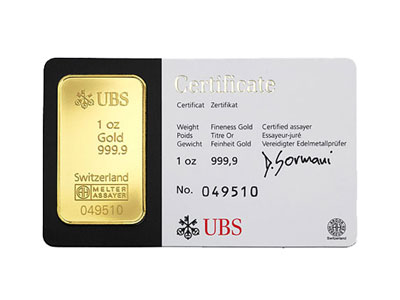 Argor-Heraeus is a brand that is approved by the London Bullion Market Association (LBMA), the Swiss National Bank (SNB) and the Comex.